ASIA/PHILIPPINES - Bishops: No to bills on divorce, anti-constitutional and anti-family 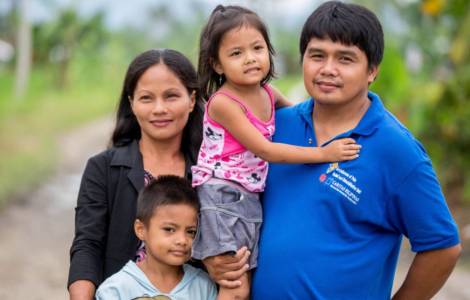 Manila - (Agenzia Fides) - "Divorce is, first of all, unconstitutional, it is anti-family, anti-marriage and anti-children". This is what was stated in a message sent to Agenzia Fides by Father Jerome Secillano, executive Secretary of the Bishops' Conference of the Philippines and in charge of public relations. The position taken by the Philippine Bishops, confirms their "No" to introduce divorce in the national legislation, and disprove the statements of Senator Riza Hontiveros who is conducting a public divorce campaign, defining a law in that sense "pro family and pro children". In a recent hearing in the Senate, Hontiveros said that a divorce law "will offer people the opportunity to find true and meaningful relationships", as well as "protect children from abuse and rebuild broken families".
The Bishops express their radical dissent, noting that "Senator Hontiveros’ statement contradicts the provisions of the 1987 Constitution", says Fr. Secillano.
"In this way do we perhaps mean that the Family Code and our Constitution are against marriage and against children, given that they do not allow divorce?", he asks. According to the spokesman, "divorce can never be pro-marriage, pro-family and pro-children. Do not twist facts about divorce just to suit a particular agenda". The Church's position is clear: "Legalizing divorce in the Philippines would only lead to the destruction of many families. Filipinos deserve better", the Bishops' spokesman said, asking instead legislators to "work to modify existing laws on marital separations" in a path that "respects the Constitution".
Currently there are three divorce bills pending: Senate Bill No. 67 - Recognizing the Foreign Decree of Termination of Marriage"; Senate Bill Nos. 288 and 356 - Instituting Absolute Divorce and Dissolution of Marriage in the Philippines"; Senate Bill No. 504 - Recognizing the Civil Effects of Church Annulment Decree".
The second bill, which promotes the full legalization of divorce, presented by senators Riza Hontiveros and Pia Cayateno, seeks to go beyond psychological incapacity, lack of consent, incapability to bear children, among others, as the acceptable reason for annulment.
Christian communities of various denominations oppose the legalization of divorce in the Philippines. "Marriage is a sacrament and must be protected from any possible human intervention. Divorce is not the solution to human problems", lay Catholic Mary Christine Ortega, a mother of four, tells Fides.
The Philippine Constitution (Article XV, section 2) states that "marriage, an inviolable social institution, is the foundation of the family and shall be protected by the State". The State, observes a document written by 77 Catholic organizations and sent to Fides, "has the task of protecting rather than weakening marriage as a social institution". (SD-PA) (Agenzia Fides, 20/9/2019)

ASIA/SINGAPORE - Catholic marriage is celebrated only "in person" and not through online platforms, in times of pandemic

AMERICA/PARAGUAY - Feast of the Virgin of Caacupé: Mgr. Valenzuela complains about the violence and "the great absence of God in our life"

AFRICA/KENYA - Bishops call on government to shut down abortion clinics