AFRICA/NIGER - Release Fr. Maccalli: a man of peace, a great man of God at the service of Niger for more than 10 years 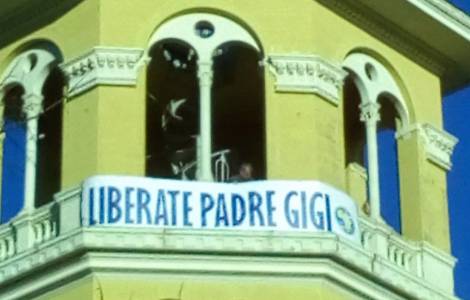 2020-02-15
Father Pier Luigi Maccali: the thorns and flowers of a kidnapping

2020-01-23
"They will be able to cut trees but not the roots of the cross": threats to Christians in the country

2020-01-16
Fr. Luigi Maccalli still a prisoner: prayer and hope of many people continues

2020-01-10
Attack against soldiers on the border with Mali; according to a Bishop, the jihadists intend to occupy the Sahel region

2019-12-20
"Threats against Christians in the area of Bomoanga and targeted killings for others", reports a missionary

Genoa (Agenzia Fides) - "When even at night he heard a knock at the door of the mission, Fr. Gigi opened the door without fear. The person was generally an inhabitant of the village of Bomoanga, headquarters of the mission, who asked for a medicine, or favor of transporting a woman giving birth or a very sick patient to the hospita". Father Marco Prada, of the Society for African Missions (SMA) of Genoa, remembers his confrere Fr. Maccalli of whom we have had no news for a year now.
"Even on the evening of September 17 2018, someone knocked and Luigi, without doubting the danger, opened: but he found himself in front of his kidnappers. They immobilized and blindfolded him, stole what little they could and left, firing shots to scare the villagers".
"At the time there was another missionary, Fr. John Dass, Indian, and the community of nuns nearby - the priest continues. Apart from the fear and some stolen mobile phones and laptop, the kidnappers did nothing to them. Their objective was Fr. Pier Luigi - emphasizes Fr. Marco - and they waited for him to come back from his vacation in Italy".
Many speculations have been made about the kidnappers: jihadists, Islamic extremists such as those who during recent months have organized attacks and kidnappings in the north of the country, but also in neighboring Mali and Burkina Faso. But no one has seen them in the face and so far they have not declared themselves.
"Why did they kidnap him? - asks Fr. Prada -. Even here hypotheses are made: perhaps they want a ransom, and they want the world to know about the struggle they are leading". The Bishop of Niamey continues to be confident that Fr. Pier Luigi is still alive, and invites everyone to continue praying for him.
"In all the churches of the diocese every day, for a year now, we pray fervently for the release of Fr. Pier Luigi. Christians invoke the intercession of St. Michael the Archangel and Our Lady of Perpetual Help. The Christians of the mission of Bomoanga, of Gurmancé ethnicity, organize pilgrimages to the hill where a large cross is planted. Protestants and Muslims invite their faithful to join in prayer", said Fr. Vito Girotto, parish priest in the nearby town of Makalondi.
Fr. Mauro Armanino, who carries out his service in Niamey in Caritas and in the lay formation, recalls that Niger was infected by the instability of northern Mali, as well as by the terrorism of Boko Haram of neighboring Nigeria. In addition, persistent droughts have greatly impoverished farmers, and certain ethnic and social balances are being severely put to the test.
Among the people close to Fr. Gigi, there is the presence of Fr. Carlos Bazzara, who left with him in 2008 to work together in Bomoanga. He spent 4 years with him, before founding a new parish in Kankani. Of those years spent together, he recalls the experience of living together with Muslims in the Gurmance region. To those who underline that he was kidnapped by Islamists, and stress the violent hostility that the religion of the prophet Mohammed manifests in various parts of the world, Fr. Carlos continues to argue that "in Niger it is possible to live in peace between Christians and Muslims. My heart feels and believes that we must continue to fight for a world of peace, and that true Muslims are those who seek peace and are able to respect the differences between religions".
This coexistence is confirmed by the 'Committee for the Inter-religious Dialogue of Niger', of which Muslims and Christians are part, which immediately after the news of the abduction of Maccalli declared: "this barbaric kidnapping does not respond to the Muslim religion. It has no other purpose than to obscure and ruin the climate of peace and peaceful coexistence that has always prevailed among religions within our Nigerian society. Release Fr. Pier Luigi Maccalli! He is a man of peace, a great man of God at the service in Niger for more than 10 years". (MP/AP) (Agenzia Fides, 16/9/2019)