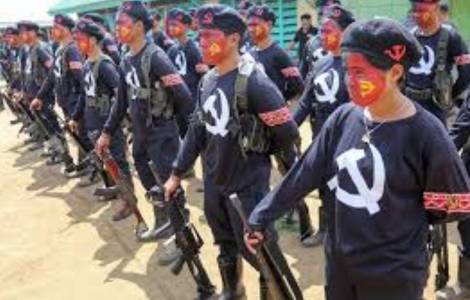 Manila (Agenzia Fides) - Filipino Christians, gathered in an ecumenical forum, urge the government and communist rebel groups to resume peace talks and start new dialogue sessions to resolve the conflict. As Fides learns, over one hundred members of the "Philippine ecumenical peace platform" (PEPP) which includes bishops, priests, nuns and members of different Christian denominations, gathered on September 12 in Manila, and launched a heartfelt appeal for peace.
The killings of innocent and unarmed farmers, other civilians suspected of supporting the army of the New People's Army (NPA), communist rebels, on the island of Negros - the Platform states in a note sent to Fides - triggered the alarm for the drastic deterioration of the situation regarding human rights in the Philippines in the last ten months. Unidentified "death squads" have killed teachers, a lawyer and several local government officials. Some observers denounce the involvement of state security forces in violent incidents: the population is paralyzed because of fear.
The murder of four policemen - for whom the New People's Army has claimed responsibility as a response to military pressure - has increased the mobilization and blitz of the armed forces against insurgency groups.
"The advocates of peace, justice and human rights must urgently ring the bells of peace, even asking for an impartial investigation into the facts, circumstances and underlying causes of the soaring killings in Negros", the Forum states.
In 2017, peace negotiations between the rebels and the government had reached the fifth round of talks when Duterte ordered their immediate cessation of dialogue after accusing the rebels of launching attacks on state forces.
As a member of the Peace Forum, Jesuit Archbishop Antonio J. Ledesma said: "We launch our urgent appeal for peace again. We continue to call for the resumption of dialogue between the government and the rebel Front". The peace talks would create the conditions to reduce the armed conflict and the climate of fear that surrounds the Negros provinces, said Mgr. Ledesma.
Recognizing that social inequality and injustice are at the base of armed conflicts in the country, the Ecumenical Forum notes that "peace talks can try to address the roots of armed conflict, without resorting to total war and human rights violations".
Participants in the Ecumenical Platform together assessed how the situation of human rights and peace has deteriorated in the 21 months since President Duterte ended peace negotiations. The participants articulated a common plan on how peace defenders can work to help bring about social peace.
"In the moments of history when the skies were covered, the advocates of peace came forward carrying torches of hope and new possibilities. We need to bridge the gap, build bridges to create the atmosphere necessary to build peace in our land", said Carol P. Aruaullo, activist of the" Campaign for Just and Lasting Peace".
The PEPP is an ecumenical body, composed of members of the Catholic Bishops' Conference, the National Council of Protestant Churches, the Association of the most important religious superiors, the Philippine Council of Evangelical Churches and the Bishops' Ecumenical Forum. (SD) (Agenzia Fides, 13/9/2019)

AMERICA/COLOMBIA - The Archbishop of Bogotà: "Life is threatened, destroyed and massacred, but we still have time to love it again"

AMERICA/COLOMBIA - Mother of Sister Gloria, kidnapped in Mali in 2017, died awaiting her return

AFRICA/IVORY COAST - One month of the presidential elections, a conference on "prevention and peaceful management of conflicts"