AFRICA/TANZANIA - Women's participation in politics: interreligious symposium ahead of the elections 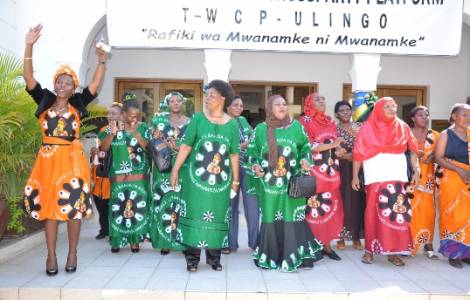 2020-06-15
Prevention from contagion: the Bishops activate catechism for children via radio

2020-02-08
Education for girls from poor families: religious women in the front line

Dodoma (Agenzia Fides) - "The Constitution of Tanzania states that authority and control belong to the people, and all women have the right to participate in the promotion of the economy of the country. This is an expected constitutional right", said Fr. Charles Kitima, Secretary General of the Tanzania Episcopal Conference (TEC), in a symposium organized in recent days by the Episcopal Conference, the Christian Council of Tanzania (CCT), and the Muslim Council of Tanzania (Bakwata) which saw the participation of 100 women from all over the country. The seminar, which comes as Tanzania prepares for the November 2019 local elections and the 2020 general elections, focused on women's political participation.
Women - as was said - are involved in most sectors of the informal economy and must therefore take part in the government in order to foster community development.
"The time has come for women to be able to lead nations", highlighted Fr. Kitima. "We religious leaders want to change the mentality of society according to which women are weak. Instead, they are strong people with leadership skills: for this reason we hope for the presence of women in Parliament, who compete for the various institutional positions for the development of this nation", he said. "It is time to highlight the importance of women in politics, decision-making and leadership of nations", he explained.
Fr. Kitima also added that religious leaders in the country, including Christians and Muslims, should promote female figures, who are endowed with capacity and courage.
On behalf of the government, a member of the President's electoral secretariat Office praised the religious leaders for organizing this seminar, arguing that it will encourage women to run as candidates in the upcoming elections. He also stated that the government intends to conduct free and fair elections, allowing the controls of independent bodies.
Pastor Maila Benjamin of the CCT stated that "if elected, women, thanks to their integrity, will bring economic changes". Even the president of the National Association of Muslim women urged women "to seize the opportunity without hesitation", hoping that young women commit themselves for the nation's economic and cultural development. (AP) (Agenzia Fides, 7/9/2019)