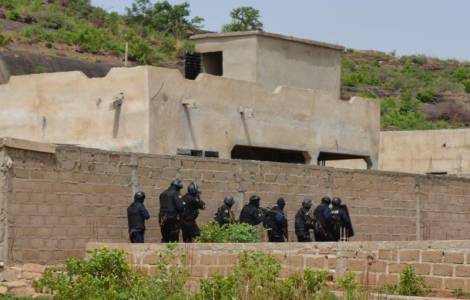 Bamako (Agenzia Fides) - The central region of Mopti has been for months the scene of inter-communal violence. Military and security sources confirmed the news of two Malian soldiers and two civilians killed on Monday 5 and Tuesday 6 August. The first attack on two army trucks took place in the Koro region, where one soldier and two civilians were killed; the second on Tuesday in the Ségou region, during which a gendarme was killed. Other people were injured. Also, on Tuesday, in Zinzana, a town on the road between Ségou and Bla, a police officer was killed during an ambush.
The attacks, never claimed, took place shortly after the signing of the "cessation of hostilities" agreements between armed Peul groups, traditionally breeders, and Dogon groups, mainly farmers, in central Mali. On August 1, the two communities residing in the municipality of Baye, including the representatives of the Dafing and Bozo ethnic groups, signed a peace agreement, in which they agreed to collaborate with each other and urged the armed groups, who did not adhere to the agreement, to end the violence. The agreement follows that agreed on July 25 among the same communities.
Sister Myriam Bovino, a missionary of the Sisters of Mary Immaculate, is serving in Kati, a town of about 200,000 inhabitants, about fifteen kilometers from the capital. She is currently in the mother house in Mortara in Lombardy, and in an interview with Fides she talked about the sisters' commitment in such a difficult context in Mali, where Christians are about one percent.
"The parish of Kati gathers a hundred villages but we manage to be present only in about thirty. There are other three sisters with me. In our center we have started different activities, above all at the service of young people", says Sister Myriam. "In the tailoring sector there are 160 girls, we have a basic computer school, with three courses per year on internet initiation programs. At the end of the courses the students must be able to teach others. Students are students but also workers who want to acquire new knowledge to find work. We also promoted a bakery/pastry course, another course for hairdressers. All these activities are mostly attended by Muslims, whereas there are about ten Christians", explained Sister Myriam.
"Given the precarious and insecure situation, authorities in Bamako have invited us not to go to the villages, but we go there anyway because we do not want to leave people alone", concluded the missionary who will soon return to Mali.
Most of the displaced people in the country are concentrated in the Ségou and Mopti regions, whose number has increased from 18,000 to 70,000 between May 2018 and May 2019, according to the United Nations Office for the Coordination of Humanitarian Affairs (OCHA). However, in recent weeks, several hundred people have returned to their villages.
The episodes of inter-communal violence, along with the jihadist attacks, reached the peak on March 23, in Ogassagou, near the border with Burkina, where about 160 Fulani had been killed by suspected Dogon hunters. (MB/AP) (Agenzia Fides, 8/8/2019)