AMERICA/BRAZIL - Human trafficking: "Let us not be distracted! There is a lot of complicity ..." 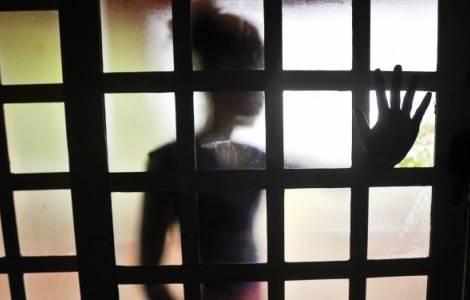 San Paolo (Agenzia Fides) - "Where is the brother you kill every day in the small clandestine factory, in the prostitution network, in children used for begging? Let us not be distracted! There is a lot of complicity ... The question is for everyone!"
The Special Pastoral Commission for the Fight against Human Trafficking of the Brazilian Bishops' Conference poses this question in the pastoral letter published on the occasion of the World Day against Human Trafficking, which is celebrated today. In the document, sent to Fides, it reaffirms the commitment to face this reality and invites Brazilian society "to identify the practices of human trafficking in their various forms, and to denounce them to help overcome this violation of human freedom and dignity".
Unfortunately, "this social scourge crosses borders, continues to make millions of victims in practically all the countries of the world. According to the International Labor Organization (ILO), branch of the United Nations, world statistics speak of 40 million human beings in the world, 1.8 million in Latin America, of whom 1/3 are children. Brazil is part of this sad scenario as a country of origin, transit and destination of 15% of victims in Latin America. This reality calls us to a reaction and to a firm action of denunciation and solidarity, political and prophetic intervention".
The World Day, "aims to raise awareness and mobilize people in the fight against this modern and current form of slavery. It is not a day of commemoration, it is a day to give visibility, to resist, to raise awareness, to draw attention to this reality and above all to demand from states and nations public policies that guarantee preventive actions, assistance and responsibility of traffickers and exploiters" .
The document denounces the deterioration of the political situation, with the restriction of rights, the limitation of public policies regarding guarantees on human rights, the reduction of spaces and forms of social participation. "In this context, criminal attitudes that damage the dignity and lives of people tend to increase", the letter denounces, "increasing the vulnerable situations of the populations".
"The cry of millions of migrants and refugees that resounds all over the planet is the goal of the traffickers' networks. Networks that exploit people's vulnerability and their urgent needs, exposing them as easy targets for exploitation. Furthermore, armed conflicts and humanitarian crises put people at greater risk of being trafficked for sexual exploitation, forced labor and other forms of exploitation".
Finally, an appeal: "We ask all and all societies, churches and institutions to join their strengths and actions in this cause that is common to all of us, sons and daughters of God". (SL) (Agenzia Fides, 30/7/2019)

ASIA/INDIA - The Apostolic Nuncio: "To announce the Gospel of mercy in daily life"

AMERICA/NICARAGUA - Elections, a light of hope for the country that must be nurtured and protected