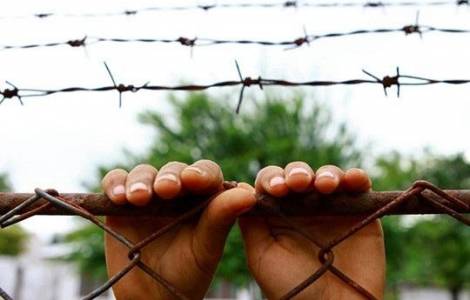 2020-04-21
Week of indigenous peoples: the pandemic is "further pain and suffering, among many delays and forgetfulness"

2020-04-03
500 years since the first mass: "May our life regain meaning, desire, enthusiasm in order to put it at the service of the poorest"

Buenos Aires (Agenzia Fides) - "We ask the God of life for the courage and decision to listen to the cry for help of so many sisters and brothers deprived of their dignity and their freedom, and to accompany them, defend them, looking for paths to a quick and lasting solution to this crime". This is the appeal launched by the Bishops’ Commission for the pastoral care of migrants and itinerants (CEMI) of the Argentine Bishops’ Conference on the occasion of the World Day against Trafficking, announced by the UN, which is celebrated on 30 July.
In the text sent to Agenzia Fides, entitled "Human trafficking seriously damages humanity", the Bishops recall that "the religious, political and social protagonists as a whole are called to share experiences and knowledge, and to join forces in a synergic action that involves the countries of origin, transit and destination of the persons being trafficked, to guarantee more incisive and lasting results".
Human trafficking "is one of the most obscure aspects of contemporary history, a phenomenon that tragically still persists today - it what is written in the text -. Trafficking humiliates millions of human beings in different forms and situations, especially the most vulnerable in society. It is a degrading violation of the dignity and human rights of men, women, boys and girls".
The National Commission for Justice and Peace, "No to trafficking" group, in 2013 convened various institutions engaged in the fight against trafficking and the exploitation of people with the aim to form a team that would join forces for coordinated actions, sharing a common agenda. In this context and in order to raise awareness and make visible the crime of trafficking, every year it promotes an event on this day, focusing on a specific aspect of this criminal practice.
The theme chosen for this year's meeting, which will take place from 3.30 pm to 6 pm at the Padre Mugica Cultural Center, Piedras 720, Buenos Aires, is "Prostitution is not a job". At the screening of the documentary "Me, abolitionist", in which an actress plays the role of a woman who falls into the trafficking network and is forced into prostitution, a debate will follow.
According to estimates of the various United Nations offices dealing with the phenomenon, human trafficking affects over 45 million people in the world, in all its forms, but the reality is probably even more serious. Thanks to Pope Francis, the Catholic Church has celebrated the "World Day of Prayer and Reflection Against Trafficking in Persons" since 2015 every year on February 8, liturgical feast of Saint Josephine Bakhita, the Sudanese nun who had the dramatic experience of being a victim of trafficking when she was a child. (SL) (Agenzia Fides, 29/7/2019)

ASIA/AFGHANISTAN - Contagions increase: the only Catholic church and school for disabled children are still closed

ASIA/UZBEKISTAN - The pandemic slows down the registration of a new parish, but the life of the Church continues thanks to technology