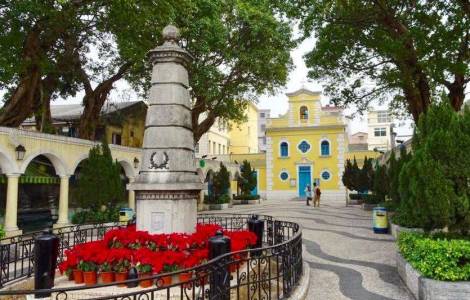 Vatican City (Agenzia Fides) - The Congregation for the Evangelization of Peoples has officially established the Redemptoris Mater College for Evangelization in Asia, based in Macau, entrusting it to the Neocatechumenal Way. The College was established by decree signed by Cardinal Fernando Filoni, Prefect of "Propaganda Fide", on June 29th, after the Audience with Pope Francis. The "Redemptoris Mater College for Asia" will open its doors in September, with a first group of students from different nations of the world.
The initiative intends to respond to the appeal of John Paul II who, in the encyclical Letter "Redemptoris Missio", indicated the Asian continent as a territorial area, "which the Church's mission ad gentes ought to be chiefly directed" (n.37), and to the desire of Pope Francis who, in the Apostolic Exhortation "Evangelii Gaudium", invites the Church to "go forth" to always proclaim the Gospel.
As can be seen from the Statute, the College depends directly on the Congregation for the Evangelization of Peoples, it will maintain contact with the local Bishop and may have separate sections in other places or countries. It is in fact a "major Seminary of the Church, an educational community that enjoys a canonical juridical personality and will have to obtain juridical personality according to the laws of the Country" in which it is established.
The College aims to prepare future priests for evangelization in Asia, accompanying them "in the life of prayer and the theological and cardinal virtues, with a serious commitment to philosophical and theological studies and to an action of itinerant evangelization". The priests formed in the institute "may be sent, according to the Prefect of the Congregation for the Evangelization of Peoples, to the requesting dioceses", in different Asian territories and nations, according to the pastoral needs of those who request them. "In this mission of evangelization - it is emphasized - presbyters can be assisted by entire families, formed in the Neocatechumenal Way, willing to be also sent".
Formation in the College is configured according to the instructions of the Magisterium of the Church, while the formation of seminarians includes direct and personal participation in the Neocatechumenal Way. Moreover, according to the specific identity of the College, the proposed study will have "its own connotation regarding the missionary nature": "The students - reads the Statute - are helped to bring out the missionary dimension inherent in the various themes of theology, so that, even on an intellectual level, are suitable and ready to be assimilated into the universal mission entrusted by Christ to the Apostles". The College is entrusted, in particular, to two Patrons: Mary, Mother of the Redeemer, and St. Joseph, Custodian of the Holy Family of Nazareth. Furthermore, the memory of the Saints of Churches in Asia will be celebrated "with particular solemnity". (PA) (Agenzia Fides, 29/7/2019)