AMERICA/COLOMBIA - Towards the 32nd Week for Peace: objective 1,000 "territories of peace" 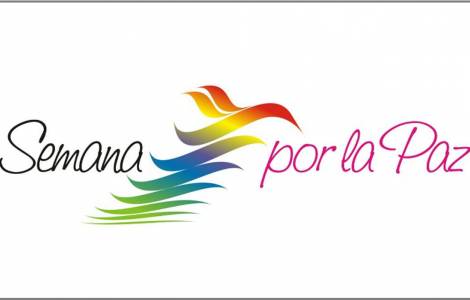 2020-09-30
The Archbishop of Bogotà: "Life is threatened, destroyed and massacred, but we still have time to love it again"

2020-09-22
Consternation of the Bishops after the latest massacres: "enough with this mechanism of death"

2020-09-15
A call to social friendship from the Archbishop of Bogotà: "We cannot remain indifferent"

Bogotà (Agenzia Fides) - The theme "I am and we are a territory of peace" will mark the celebration of the 32nd Week for Peace, from 2 to 9 September, which wants to make visible and promote the efforts of thousands of people who work in building peace in Colombia every day. The initiative is organized every year by a heterogeneous group of social realities among institutions, movements, universities, non-governmental organizations and networks of organizations, which express a broad religious, social, ethnic, cultural, economic and social plurality.
As highlighted by the material sent to Agenzia Fides, the objective this year is to combine efforts "in the construction and declaration of territories of peace": people, organizations, communities, municipalities, departments, institutions, families, chat, media , etc. they are invited to declare themselves "territory of peace". The national simultaneous Declaration of at least 1000 territories of peace will take place on 5 September.
The organizers highlight five elements that highlight the national context in which the initiative is celebrated this year: the persistent situation of threat and murder of social leaders in different regions of the country, which has been accentuated since 2016; political and legislative obstacles to the implementation of peace agreements; the political solution of the armed conflict and the closure to the possibilities of advancing the negotiations with ELN; the electoral situation in the regions; the international context, in particular the situation in Venezuela.
The 2019 Peace Week will be officially launched on August 15th, and provides a communication campaign through videos, radio spots, banners, press releases ...and a pedagogical campaign for peace and reconciliation. In addition, 500 symbolic and pedagogical territorial actions (2 September), 50 cineforums (3 September), the awarding of the National Human Rights Prize (4 September), the Day for Life and Peace (6 September), the preparation of territorial humanitarian set-up (3 to 9 September), plant trees and prepare gardens, territories of peace (8 September), National Human Rights Day (9 September).
"While opinion polls show that Colombians feel little enthusiasm for the peace process - is what is written in the presentation of the Week - a study conducted by the Centro de Investigación y Educación Popular, Cinep, and by the Program por la Paz, both of the Jesuit community, shows that in the three years of negotiations in Havana, actions for peace have increased. While in 2013 they were 193, in 2014 they were 189, in 2015 they reached 217. "Semana por la Paz" is a cultural and political heritage of Colombia, and one of the most important events of citizen participation in peace building". (SL ) (Agenzia Fides, 18/7/2019)

AMERICA/MEXICO - Mexico is the main destination for Central American migrants

AMERICA/HONDURAS - Cardinal Maradiaga: politicians must fulfil what they promise in the electoral campaign