AFRICA/ERITREA - Father Zerai: "The international community must not be silent in the face of the tragedy of the Eritrean people" 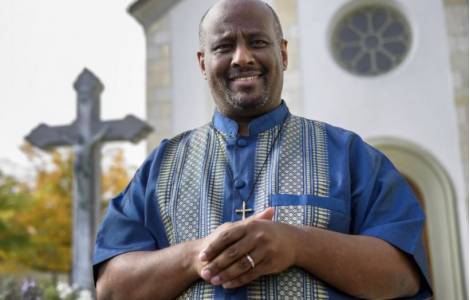 2020-11-24
War in Ethiopia: the appeal for peace of Catholic Bishops in Eritrea

2020-09-14
The Italian School of Asmara, a precious educational center, closes

Asmara (Agenzia Fides) - "The Catholic Church in Eritrea has always collaborated and cooperated with the institutions. With regards to healthcare, the quality of the service offered by our facilities was considered by the government itself as an excellence of the Country": says to Agenzia Fides Fr. Mussie Zerai, priest of the Eparchy of Asmara and representative of Habeshia Agency, talking about the decision to close the health centers run by the Church, which took place in recent weeks. "Indeed, we do not understand on what basis the government has made this decision - he continues - our hospitals treated two hundred thousand people a year, about 6% of the entire Eritrean population".
In total, 29 health centers have been forced to close their doors: "Already last year, another eight hospitals had been closed without apparently plausible reasons", notes Father Zerai. "This represents yet another violation of freedom of choice, as well as damage to the poorest population that cannot afford to pay medical expenses for treatment", he says.
The Eritrean priest recalls that today the lives of believers in the Horn of Africa Country are rather difficult, due to a series of limitations imposed by the law: "The authorities recognize only four religions: Orthodox Christianity, the Roman Catholic Church, the evangelical-Lutheran Church and Sunni Islam", he explains. The other minority religions are the object of continuous abuse: "In Asmara, about a month ago, more than 140 people belonging to the Pentecostal Christian Churches were arrested by the police while they were gathered in prayer", reports Father Zerai.
Even the Catholic religion, although legally recognized by the State, encounters a rigid attitude: "Any other activity carried out outside our places of worship is subject to strict control by the security forces. Furthermore, since 2001 the government has also prevented us from printing all our newspapers", he says. Islamic institutions are also under control.
Eritrea, according to a report by the American NGO "Freedom House", committed to the defense of human rights, is a nation in a continuous state of emergency, with a population that is denied the most fundamental freedoms:
"The restrictions and violations of fundamental rights and the limited opportunities for work and education push thousands of Eritreans every year to try to escape from the Country", explains Fr. Mussie. Then there are thousands of prisoners of conscience and politicians who suffer in Eritrean prisons without charge or trial: "Many prisoners have disappeared. Their families do not know exactly where they are and, in many cases, they have no news. The United Nations estimates that at least 10,000 people are involved", he notes. In conclusion, the priest launched an appeal through Fides: "I urge the international community not to remain silent, so that the drama of the Eritrean people does not fall into general indifference". (ES) (Agenzia Fides, 13/7/2019)

AMERICA/COSTA RICA - The Bishops on the "morning after pill": enough with policies contrary to the values of the nation

AMERICA/COLOMBIA - Day of prayer "for the reconciliation of the Colombian people, justice and fraternal solidarity"

AMERICA/HAITI - In the face of kidnappings, common prayer and "national strike" of Catholic activities

ASIA/MYANMAR - The nuns accompany and comfort the young demonstrators

AFRICA/SOMALIA - Bishop Bertin: "Hidden life of the faithful and humanitarian work of Caritas"

ASIA/PALESTINE - Christian institutions, third largest employer among the Palestinian population, according to a survey people

ASIA/SINGAPORE - The contribution of Catholic nurses to health assistance during the pandemic, a channel of God's love