ASIA/CHINA - Mgr. Stefano Li Side, Bishop of Tianjin: an authentic witness of the Gospel of Christ 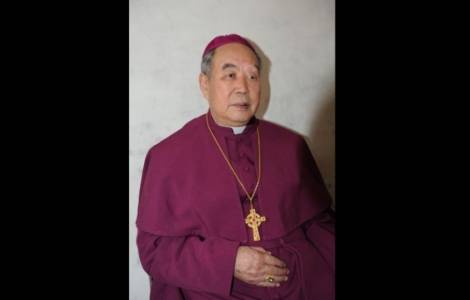 Tianjin (Agenzia Fides) - On the eve of Pentecost, June 8, 2019, at 11 am, His Exc. Mgr. Stefano Li Side, Bishop of the Diocese of Tianjin (Mainland China) passed away. He suffered from a chronic illness for many years, he had recently been hospitalized in Gixian.
The Bishop was born on 2 October 1926 in Zunhua in the province of Hebei, from a family with a long Catholic tradition. Since his childhood years he felt the vocation to consecrate himself totally to the Lord, in 1940 he entered the local minor Seminary. In 1945 he moved to the Minor Seminary in Tianjin, in 1949 he moved to the Wen Sheng Major Seminary in Beijing. On 10 July 1955 he was ordained a priest of the Diocese of Tianjin. In the serious context of the 1950s he was arrested in 1958. He was released in 1962 and again arrested in 1963, he was sentenced to forced labor until 1980. He returned to his pastoral ministry in the Cathedral of St. Joseph, he was consecrated Bishop in Tianjin on June 15, 1982, without being recognized by the government.
In 1989 he was imprisoned for the third time, until 1991. In 1992 the authorities forced him under house arrest in the remote mountain village of Liang Zhuang Zi, in the district of Jixian, 60 km from Tianjin, where he remained until his death, where he managed to leave only to go to the hospital. Despite the exile and distance, there were always many faithful who went to pay him a visit. The Bishop defended the principles of the Catholic Church with coherence and witnessed the Gospel of Christ, remaining heroically in communion with the Successor of Peter.
Mgr. Stefano Li Side was much loved and was always a point of reference for priests and lay faithful. Profoundly devoted to Mary, he was very attentive to evangelization and the mission of the Church. He took care of vocations to priesthood and in 1994 founded the Congregation of the Sisters of the Sacred Heart of Jesus and of the Immaculate Heart of Mary. He concretely expressed his pastoral attention also to those most in need. A man of prayer, entirely dedicated to the service of God, Mgr. Li Side lived in poverty and in profound humility. He always urged the faithful to respect the laws of the Country and to help the poor. Even in the painful moments that marked his long life, he never complained, and accepted everything as the will of the Lord.
Commemorative masses, condolences and mourning ceremonies were held in a mortuary in the district of Jizhou, not in St. Joseph's Cathedral in Tianjin. His remains rest in the district of Jizhou. Today, the Diocese of Tianjin has about 60 thousand faithful, 65 priests, 2 female congregations with about 70 sisters. (Agenzia Fides, 24/6/2019)