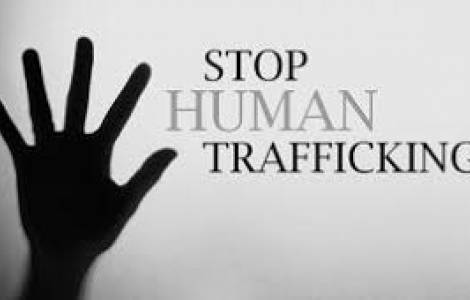 2020-01-09
The Assembly of Bishops examines the ecclesial and socio-political reality; call for respect for the National Assembly

2019-12-21
Christmas, an opportunity to "rekindle hope in a country that suffers"

2019-07-12
The Bishops: "Venezuela cries out for a change of direction, a return to the constitution"

2019-07-11
The Church will continue to remain on the side of the people, mainly alongside those who suffer the most

2019-06-28
Unanimity in the OSA assembly is lacking, Maduro sends a second delegation

Caracas (Agenzia Fides) - "The Justice and Peace Commission and Caritas urge the authorities of the National Public Power to investigate, prosecute, and convict those responsible for human trafficking crimes; to guarantee the families of the victims direct access, without any obstacle, to state security bodies and judicial bodies, to expose their cases and receive justice without any delay, as required by the Constitution and the various international instruments of protection of human rights, signed and ratified by the Bolivarian Republic of Venezuela". Thus writes, in a message sent to Agenzia Fides, Mgr. Roberto Lückert, Archbishop Emeritus of Coro, President of the Justice and Peace Commission of the Venezuelan Bishops’ Conference (CEV). The text, which is dated June 18, is also signed by Fr. Saúl Ron Braasch, Vicar General of the same Commission.
In the meeting with the relatives of the 28 missing persons in Güiria, in the State of Sucre, while they were sailing on a boat to the island of Trinidad and Tobago, which left on April 23, those at the head of the Justice and Peace Commission were able to ascertain that "the majority of the missing persons in this circumstance were women, contacted by people who had offered them work and better living conditions". In May another boat disappeared, again with a considerable group of people on board.
Family members also complained that although they were informed that their relatives, mostly young women, had died in the shipwreck, the bodies have not yet been found and those in charge of carrying out the investigation do not respond in a timely manner.
"The Commission observes with concern that the increase of these episodes not only in the eastern part of the country, but also in the border areas of Falcón, Brazil and Colombia, where these groups of criminals that endanger life and physical integrity and the dignity of women operate - especially young people and minors, create great anxiety and despair in their families and particularly in boys and girls left in a situation of abandonment".
The Commission and Caritas reiterate in the conclusion of the press release that "they will continue to follow these cases and accompany their family members, to obtain justice, appropriate information and clarify the events". (SL) (Agenzia Fides, 19/6/2019)