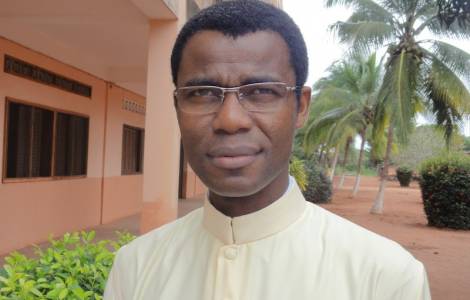 2020-01-25
A day devoted to the Bible should not be seen as a yearly event but rather a year-long event: initiatives in local Churches

Rome (Agenzia Fides) - Faithful to its objectives of providing "quality formation" for future priests, the Pontifical Society of St. Peter the Apostle (PSSPA) continued its ordinary work on many levels, said Fr. Guy Bognon, P.S.S., appointed Secretary General of the Society in July last year, in the report presented on May 30 to the General Assembly of the Pontifical Mission Societies (see Fides, 24/5/2019).
"With the aim of having an active part in the quality of formation in seminaries, PSSPA continues to consider the formation of formators to be important", said Fr. Bognon, through in-depth meetings and scholarships. Formation sessions were organized for formators from Portuguese-speaking Countries in Rome, as well as in Asia and Africa. In some Countries, annual meetings have been scheduled, while "in many other countries the will to organize this kind of formation clashes with the lack of financial resources. However, these sessions prove to be very important, even necessary if we want to continue to form good quality priests for the Church of today and tomorrow".
As regards to support for formation through scholarships, PSSPA supports some students at Catholic universities or institutes in Cameroon, the Democratic Republic of Congo, Congo, Ivory Coast, Kenya, Nigeria, Tanzania, Belgium. Most of them are preparing to be formators in seminaries or religious houses. This year their number is 302 priests, religious, for a provisional total of 307,135.68 USD.
For two years, PSSPA has begun an experimental program in favor of future formators (men and women Religious) belonging to congregations or religious institutes of diocesan law. For this academic year 2018-2019, scholarships were granted to 21 men and women religious (of Ghana, DR Congo, Malawi, Nigeria), as well as support for some special cases. For the year 2019-2020, 21 requests have already been registered, not counting those of last year that will have to be renewed (21). "The formation programs of formators are of paramount importance if we are to help the Church overcome the challenges of the quality and credibility of the consecrated souls that it needs for its evangelizing mission", commented Fr. Bognon.
PSSPA also continues its collaboration with the Center of Child Protection (CCP) in financing the formation of priests and nuns chosen and presented by the Bishops' Conference of the Countries of competence of the Congregation for the Evangelization of Peoples. Each year, PSSPA finances the participation of 6 candidates for the diploma course organized at the Faculty of Psychology at the Gregoriana University of Rome, in order to prepare competent people in the field of child protection.
Fr. Bognon then informed that in 2018 PSSPA sent ordinary subsidies - a total of 737 seminaries among minor, preparatory and major. The sum of 3,622,877.20 USD was sent to 383 minor seminaries, for a total of 47,556 seminarians. The number of preparatory seminarians supported was 4,703, in 125 Registered Preparatory Seminaries, for USD 1,360,115.77. Ordinary subsidiaries were sent to 229 major seminaries, for 24,500 major seminarians, for a total sum of 11,215,321.59 USD.
Also last year, PSSPA contributed with a total sum of USD 1,404,642.00 for the formation of novices in 1,200 novitiates: 2,882 male novices and 5,212 female novices for a total of 8,094.
For the realization of the projects received and approved, concerning above all the construction of new seminaries or the restructuring and adaptation works of existing ones, in 2018 PSSPA distributed a total of 3,198,357.77 USD of extraordinary subsidies.
"As one can easily see, priestly and religious vocations blossom in the so-called mission Countries as a sign and fruit of the vitality of faith and these regions are already turning into mission countries - underlined the General Secretary -. The formation of the young people called, whose number increases every year, requires structures and infrastructures to which PSSPA participates with extraordinary subsidies". As for the expenditure forecast, the total budget foreseen for ordinary subsidies is USD 15,000,000.00. For extraordinary subsidies, a sum of almost USD 4,000,000.00 (USD 3,952,543.00) is expected, of which a part (USD 530,376.48) has already been paid for 19 projects.
Fr. Bognon concluded by recalling that in the year 2019, in which the universal Church will celebrate the Extraordinary Missionary Month, there are some significant dates linked to the Society of St. Peter the Apostle : June 1: recalls the creation of the Society in 1889, 130 years ago. December 2, 2019 is the anniversary of the birth of the founder of the Society, 160 years ago. "Even if these dates do not constitute a jubilee - he said - we would like to suggest the National Directors to take the opportunity to celebrate PSSPA in various ways. In fact, in many countries the Society is still little known, even in the Seminaries". (SL) (Agenzia Fides, 31/5/2019)