ASIA/INDONESIA - Joko Widodo confirmed President, the Bishops: "it is important to accept the result of the vote" 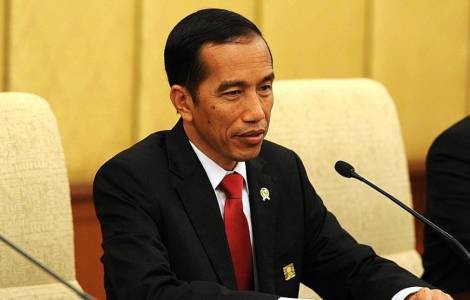 Jakarta (Agenzia Fides) - "The recent presidential and legislative elections turned out to be the most challenging elections in the nation, as hundreds of members of the electoral committee died due to their excessive workload. Now we must accept the decision of the Electoral Commission: whoever was chosen by the people and will lead the nation, will certainly do his best for the common interest. We want to invite the elected parliamentarians and elected regional representatives to always protect the common good and social justice": says to Agenzia Fides Archbishop Agustinus Agus, at the head of the archdiocese of Pontianak, in the province of West Kalimantan, following the announcement of the results of the vote in the Indonesian nation.
Yesterday, the Electoral Commission of Indonesia announced that President Joko Widodo is the winner of the elections, officially declaring that Joko Widodo and his deputy Ma'ruf Amin obtained 55.5% of the votes, compared to 44.5% obtained by Prabowo Subianto and his deputy Sandiaga S. Uno. About 85.6 million Indonesians voted in favor of Widodo out of about 154 million voters. President Jokowi, 57, officially begins his second term.
The proclamation of the Commission requires the approval of both candidates. But Aziz Subekti, delegate of the candidate Subianto, refused to validate the official result, saying: "We will not surrender in our struggle against injustice, fraud and abuse". There are fears of riots and disputes all over the country, already organized today in Jakarta by Subianto’s party, which has announced an appeal to the Indonesian Constitutional Court. In the aftermath of the vote, the opposition candidate had already declared himself the winner, claiming 62% of the votes, but without providing any credible "legal proof" to support this claim.
Already in 2014, Subianto, defeated by Jokowi, had launched an appeal to the Indonesian Constitutional Court but had lost his legal battle. Now Subianto has chosen the street protest. Among Subianto's supporters there are also groups that promote the so-called "jihadist protest", calling for a popular uprising. Indonesian security forces are monitoring the situation, also to prevent possible terrorist attacks that could destabilize the nation.
In recent weeks most of the political parties that had supported Subianto during the electoral campaign - such as the Democratic Party (PD) chaired by former Indonesian president Yudhoyono, the National Mandate Party (PAN), and the Justice and Prosperity Party (PKS ) - have distanced themselves and have not shared this political line, which delegitimizes the result of the vote. (MH) (Agenzia Fides, 22/5/2019)

AMERICA/VENEZUELA - The Bishops: "historical responsibility" of journalists and media as educators and counselors of public opinion

AFRICA/SOUTH SUDAN - A Bishop: "Facing fear with a generous heart", to contain the impact of COVID-19

ASIA/PAKISTAN - Appeal of religious leaders to the State and the international community: to guarantee justice for the murder of Saleem Masih

ASIA/AFGHANISTAN - The country is unprepared to face the Coronavirus crisis