VATICAN - Cardinal Filoni at the patronal feast of Urbaniana, an instrument at the service of the Gospel and of the Church in the world 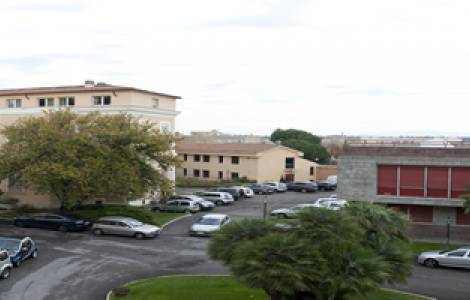 Vatican City (Agenzia Fides) - "As Maria was the "home of the Word, of the Verbum" accepted and believed, so our University is also the "place of the Word", where a formative community lives and the teaching body interacts, with an intellectual quality and intellectual proposal, and the group of students who, with their own talents, bring about stimulation and learning": underlined Cardinal Fernando Filoni, Prefect of the Congregation for the Evangelization of Peoples and Grand Chancellor of the Pontifical Urbaniana University, during the Eucharistic Concelebration that he presided yesterday, March 26, in the chapel of the Urban College.
At the beginning of the homily the Cardinal pointed out that the patronal feast of the University "is a favorable occasion for the whole urbaniana family to meet", and the liturgical feast of the Annunciation, in which this is celebrated, marks the "event which was the initial stage, the historical incipit of salvation realized by Christ". Dwelling on its meaning, Cardinal Filoni pointed out that "in this story there are two lines that intersect: the metaphysical, the supernatural, the divine, and the human one, made up of people, events and words".
"In the Annunciation of the Angel to Mary we want to strongly grasp and underline - he continued - not only God's plan in the context of the history of salvation, but also our adherence to it, as well as Mary who with her yes permitted its realization; this is a very beautiful and enormous aspect, because it highlights that the role of the human being is not marginal, but co-essential to the project of God". Finally the Grand Chancellor of the University emphasized that "the Churches expect, from this formative community, more prepared and mature youths for the mission that awaits them".
Introducing the Academic Act which followed, in the Benedict XVI Aula Magna of the Pontifical Urbaniana University, dedicated to the "Prophecy of the Culture of mutual respect", Cardinal Filoni cited the Evangelii Gaudium where Pope Francis speaks of the "role of dialogue as contribution to peace", of inter-religious dialogue and in particular of dialogue and relations with Islam, "in order to sustain dialogue with Islam, suitable training is essential for all involved" (No. 253).
"Dialogue is nourished by events and words", the Cardinal continued, and "after having seen in recent years clashes, violence and oppression of a political-religious nature, or rather pseudo-religious ... it is necessary to close this painful and controversial chapter to open a different one". "I am glad - he concluded - that this University favors understanding and dialogue with Islam, because it is from mutual understanding that our students, who live mostly in places of confrontation with the "Islam itself, can develop behaviors and relationships that foster peace and a respectful coexistence". The Prolusion was followed on the topic "Prophetic meaning of the Document on Human Brotherhood (Abu Dhabi, 4 February 2019)" held by His Exc. Mgr. Miguel Ángel Ayuso Guixot, MCCJ, Secretary of the Pontifical Council for Interreligious Dialogue. (SL) (Agenzia Fides, 27/3/2019)