AFRICA/SENEGAL - Immigration is a phenomenon that severely hits Africa 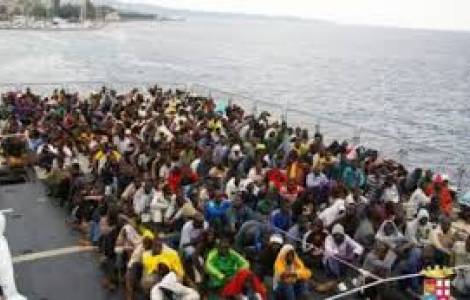 2020-02-12
Caritas Senegal: More than 7 million people in food crisis in the Sahel region

2019-03-28
The cathedral of Ziguinchor risks collapsing; "Why don't the authorities start safety measures?"

2019-03-01
Macky Sall re-elected President in the first round, but the opposition disputes the regularity of the scrutiny

2018-12-28
Immigration is a phenomenon that severely hits Africa

Dakar (Agenzia Fides) - Immigration is a phenomenon that severely affects Africa. The continent is not only a migrant transit territory towards Europe and North America, but is itself a land of migration. This is what the statistics of the International Organization for Migration confirmed. In 2017, globally, 258 million people left their country to seek better living conditions elsewhere, but only 35% traveled south-north. In Africa, 19.4 million Africans have emigrated to their continent.
"The phenomenon of migration inside the African continent is little known - explains Fabrizio Cavalletti of the Africa desk of Caritas Italian - It is a complex phenomenon in which we find people fleeing their countries for political reasons, wars, violence, but also because they seek greater economic security, without forgetting that, now, we are also witnessing a return flow of Africans who, after seeking fortune in Europe and failing to integrate, try to rebuild their lives in their own country or in neighboring countries".
To respond to these needs, the Archdiocese of Dakar and Caritas Senegal gave life in 1995 to the Point d'Accueil pour Réfugiés et Immigrés (Pari), an orientation center for the dozens of migrants present in Senegalese territory. Over the years the project has found the support of some European Caritas, including the Italian one. "This initiative - continues Fabrizio Cavalletti - was not intended by the Catholic Church or by European institutions, but was born on the initiative of the local Church, to respond to a theme increasingly felt in Senegal. It should be remembered that West Africa is the destination of 79% of African migrants that move in their continent".
"Pari" is a hub of a complex network. In the structure migrants are welcomed by national and international operators (including Italian volunteers who provide civil service to Caritas) who listen to their stories and, according to their needs, direct them to other centers run by state or international organizations. And it is in these centers that they find food, clothing, medical care. "In 23 years, 26,000 migrants have been assisted, coming from 35 countries - continues Cavalletti - most of them are under 30 years of age. There are even many girls, some with children. Each person has a different history and physical condition. There are those who pass from Senegal to go to Europe and those who move from neighboring countries to seek better living conditions, or Senegalese who come from the countryside to find work. These people, in general, are in good physical condition. But there are also men and women who return from long journeys through Libya and Niger and are exhausted both physically and psychologically".
Caritas Senegal, in addition to its orientation activities, has given life to small projects in the agricultural, commercial and livestock sectors, to offer migrants job opportunities. "The projects - concludes Cavalletti - intend to offer an opportunity to those who remain in Senegal, but more and more often those who pass through the country to go to the north need to work so as not to risk ending up in illegal trafficking. These projects offer opportunities for them. These initiatives are a first, partial attempt to respond to the epochal phenomenon of migration".
(Agenzia Fides, 28/12/2018)