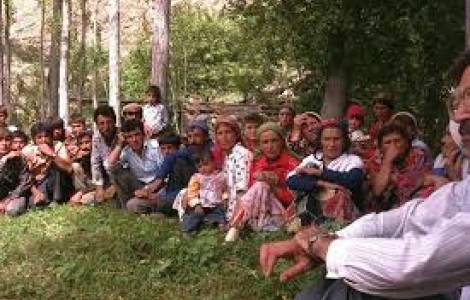 2020-05-25
Drinking water and waste management: the Church operates in the spirit of Laudato Sì

2020-04-22
Training and legal support: the Church's commitment to orphans

2019-09-24
The commitment of the Catholic community to the protection of Creation, also with the "culture of recycling"

2019-08-23
Caritas launches a multi-year plan to meet the needs of the homeless, the disabled, the elderly

Dushanbe (Agenzia Fides) - There are ethnic-religious reasons behind the tensions in the Gorno-Badakhshan Autonomous Region, located in the eastern part of Tajikistan. This is what Giannicola Saldutti, an associate researcher at the Institute of Higher Studies in Geopolitics and Auxiliary Sciences, based in Rome tells Fides, in reference to the agitations that followed the last visit of President Emomali Rahmon in the region, in mid-September. On that occasion, the Head of State had criticized the lack of commitment of local authorities in the fight against illegal arms and drug trafficking, particularly prosperous in the area bordering Afghanistan, and had given them a month-long ultimatum to re-establish order.
"The question of Gorno-Badakhshan is historically and politically one of the most problematic in Central Asia. After the dissolution of the Soviet Union, the 1992 Tajik civil war had this region as its protagonist which demanded autonomy from Dushambe on the basis of completely founded ethnic-religious reasons: its inhabitants are distinguished from the Sunni Tajiks for the Pamiri language and for the Shiite creed, which sees the spiritual leader in the Aga Khan".
Gorno-Badakhshan is a strategic region, both because of its proximity to Afghanistan, and because it was a hotbed of government opposition in the civil war of Tajikistan from 1992 to 1997. "It should be remembered that the Gorno-Badakhshan, Eastern Tajikistan region, perched on the slopes of Pamir, has historically been refractory to central power since the beginning of the 20th century. It was in fact annexed to the Russian Empire only in 1895 and, subsequently, to the USSR only in 1925 contextualized in the Socialist Soviet Republic of Tajikistan", notes the researcher. According to Saldutti, "the ethno-cultural fault that cuts Tajikistan in half is proof of how brittle and artificial the borders of the 'stan countries' are, considering the sometimes very labile criteria with which they were established".
In the Gorno-Badakhshan area, tensions between population and government have occasionally turned into violence: in 2012 the Tajik security forces conducted a military operation in that area, after the assassination of a provincial leader. The consequent clashes between the army and the local population of Pamir killed about 50 people. For this reason, it is feared that the current tensions, as well as the replacement of many local political and security officials, may worsen the problem again.
According to Saldutti, the situation is monitored mainly by China: "We have to remember, in fact, that Gorno-Badakhshan also borders with the Chinese Xinjiang, another region of ethnic Uighur and Muslim belief, traditionally reluctant against the power of Beijing. For this reason, the Chinese military presence is becoming more intense and pressing on the borders with Tajikistan. Gorno-Badakhshan would represent a necessary path for any terrorist activity or, more generally, criminal activity. Russia and China, on the other hand, do not seem to be willing to further 'balcanize' the Eurasian chessboard and undermine the territorial integrity of Tajikistan. Moscow and Beijing will no doubt have to encourage Dushambe to a transaction of power that aims to cool the independence souls and stabilize the situation, fully revaluing the policies that until now Tajikistan has used against more than 200 thousand of its inhabitants", concludes the researcher. (LF) (Agenzia Fides, 15/10/2018)

AMERICA/PERU - The bishops on the political crisis in the Country: "This is the worst time to cause a new crisis"