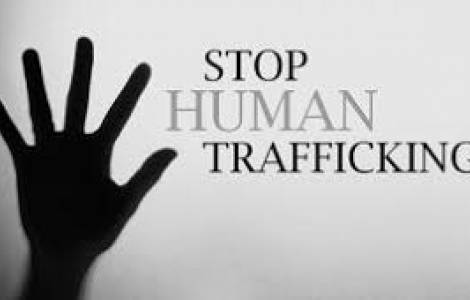 2020-06-05
European Bishops: after the pandemic let’s work all together for a recovery that leaves no one behind

2020-04-06
Journey towards Easter: traveling across the world without leaving home

2019-12-04
The Bishops launch the action of the Starsingers, under the sign of peace

2019-10-09
Forum on mission today at the University of Friborg, on the occasion of the Extraordinary Missionary Month

Geneva (Agenzia Fides) – Human trafficking is a tragic form of contemporary slavery, which constitutes a crime and a serious threat to human dignity and physical integrity. On the occasion of World Day against this phenomenon, which is celebrated today, 30 July, among the initiatives undertaken there are those of the European Caritas and the Mediterranean with a project, which involves the realization of a cross-border research, and involve two regional organizations (Caritas Middle East and North Africa and Caritas Europe) and 9 national Caritas (Albania, Bosnia, France, Jordan, Lebanon, Kosovo, Slovenia, Slovakia and Ukraine).
Pope Francis has repeatedly denounced this modern scourge. The participants in the 2nd International Forum on modern slavery, held in May 2018, said: "In the face of this tragic reality, no one can wash their hands if they do not want to be, in some way, complicit in this crime against humanity. This immense work, which requires courage, patience and perseverance, needs a common and global effort on behalf of the different actors that make up society".
The Sovereign Order of Malta has launched its appeal to governments and civil society to take measures to prevent and stop trafficking, protecting and assisting victims and survivors. "The Order of Malta wants to underline the need to strengthen synergies, partnerships and alliances between the different UN agencies, regional organizations, local and international non-governmental organizations and civil society, including religious organizations" said Albrecht Boeselager, Grand Chancellor of the Order, in a note sent to Fides.
"Modern slavery with an estimated $150 billion worth of illegal profits a year is one of the biggest challenges of the current global economy", said Michel Veuthey, ambassador in Geneva to monitor and combat human trafficking.
In September 2015 the General Directorate of Statistics of the Ministry of Justice published a survey which showed that in the period 2013-2014, in the 28 Member States of the European Union, 15,846 victims were recorded (confirmed and presumed victims). However, given the complexity of the phenomenon, there are good reasons to believe that the actual number of victims of trafficking in the EU is actually significantly higher.
According to data from the International Labor Organization (ILO), almost 21 million people worldwide are victims of forced labor, including victims of trafficking for labor and sexual exploitation. About 30% are children and 70% are women and girls. This is a global problem that affects all the countries concerned, both as a country of origin, transit or destination. The ILO has identified the victims of 152 nationalities located in 124 countries in the world and there are up to 510 intra-regional and trans-national flows. In 5% of cases they cross the whole world and the victims are from the poorest regions of eastern and southern Asia and from sub-Saharan Africa. (AP) (Agenzia Fides, 30/7/2018)