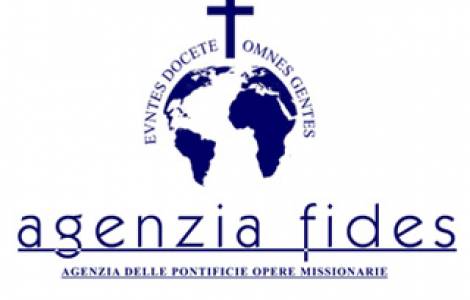 Sacrofano (Agenzia Fides) - "Agenzia Fides, established in 1927, has just turned ninety and is facing a constantly changing world of information", said Fr. Fabrizio Meroni, PIME, Secretary General of the Pontifical Missionary Union (PUM), Director of the International Center for Missionary Animation (CIAM) and Director of Agenzia Fides, during his speech, delivered on May 31, to the General Assembly of the PMS (see Fides 25/05/2018).
"Today’s cultural context is marked by the phenomenon of globalisation, which has fully engaged the field of media, thanks to the presence of the Internet and social media - highlighted Fr. Meroni -. The latter have become not only channels of exchange and sharing of private information but also means of mass communication and marketing tools. The change of the means (the form) has produced change and adjustment of messages (the content), by increasing the 'consumerism information' and, at the same time, superficiality, superabundance and even fake news".
Faced with this new scenario, Agenzia Fides has embarked on a path of progressive requalification of its function and updating of its activity, "while remaining coherent and faithful to its principles and historical goals". In first place this increased the attention "to the selection of news and the issues to be addressed, by strengthening the control and guarantee of reliability and certainty of the gathered and disseminated information". This process has been reinforced thanks also to the gradual reactivation of a network of correspondents and local collaborators, who have gradually contributed to the production of original content, appreciating the stories, experiences and voices that make up the life of the local Churches.
Regarding the choice of content, explained Fr. Meroni, "emphasis is put, on the one hand, to mainstream news (crisis areas, political issues, conflicts, humanitarian disasters, events of international importance, etc.), on the other, to stories, events, countries which are not part of media circles most widely diffused and important, and often relegated to the edges of the world’s information system. In both cases the goal pursued by Fides is to give a voice to the angle and vision offered by the Church’s mission, employing the measure of the Gospel and the Church’s Social Teaching as a specific contribution or as an interpretive key to ‘reading’ events of economic, social, political, cultural and religious nature".
As part of rethinking and redevelopment of its service of information, Fides has launched a service of news analysis and closer examination, integrating on its website what was formerly the Omnis Terra magazine: a daily information service, which aims to find news and tell the facts, and a closer examination, that on a weekly basis, deals with proposing analysis, interviews and testimonies, that explain the roots of social and cultural contexts, the reasons behind phenomena, the background of the information. Under this approach Fides has sought to further enhance those activities recognised as typical of its peculiar brand, linked, ultimately, with the charisma of the Pontifical Mission Societies, such as: making available a Dossier containing the statistical data of the Catholic Church, pastoral workers killed and the Day of the missionary martyrs.
One of the new frontiers that Agenzia Fides has decided to experiment, in the face of the changed frame of media and its influence on contemporary culture, is the production and diffusion of multimedia contents and the close examination of these (Facebook and Twitter) given the importance and the impact of social networks also in the work of media information.
"The process of rethinking of the work of Agenzia Fides does not exclude to plan cultural activities, designed to valorise Fides historical and photographic archives and to organise, in partnership with cultural institutes and/or universities, an annual symposium and the charisma of the Pontifical Mission Societies".
The last part of Fr. Meroni’s report was dedicated to the Agency's relations with the National Directorates of the PMS, who "can be considered, in fact, Fides’ stakeholders and their presence on the territory can constitute a valuable point of reference for obtaining news, comments, opinions, or for ‘entering’ the social and religious phenomena narrated daily by Fides. They are all, in fact, potential ‘antennas’ spread over the territories in Asia, Africa, Oceania and Latin America: Agenzia Fides desires naturally to valorise their presence and their contribution, which can prove to be extremely useful". (SL) (Agenzia Fides, 1/6/2018)