EUROPE/ITALY - The Camillians, martyrs of charity and service to the sick 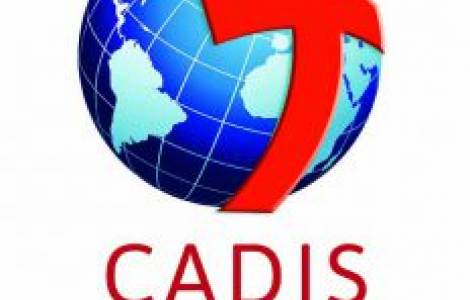 2020-02-22
The Comboni Missionaries: "In communion with the whole Church, to proclaim, witness and live the Gospel"

Rome (Agenzia Fides) - On February 2, 1994, the Order of the Ministers of the Sick (Camilliani - MI) officially instituted the "Day of the Religious Martyrs of Charity" on May 25, coinciding with the anniversary of the birth of St. Camillus de Lellis. It is a commemoration of over 300 Camillians, seminarians, oblates, novices, brothers and priests, who died in serving the victims of plague in Italy, Spain, Hungary and Croatia during the first four centuries of the life of the Order. "An exemplary testimony of the 'fourth Camillian vote', that is, service to the sick even at the risk of one’s life", says Father Aris Miranda to Agenzia Fides.
The Camillian priest, who is Executive Director of the Camillian Disaster Service International Foundation (CADIS), a non-profit humanitarian and development organization of the MI, is keen to point out that "the Foundation decided to celebrate this Day, to remember the enthusiasm and the availability of our confreres to accept death in serving the sick who have in some way influenced the way we give witness today. We work in collaboration with the local Churches (parish or diocese) and with associated organizations (local and international), responding to the immediate problems of the populations.
With regard to areas affected by natural disasters, we deal with four areas: Relief, Rehabilitation, Resiliency, Rights".
"Secondly - says Fr. Aris - we want to celebrate the values of solidarity, commitment, generosity, self-denial, fraternal love and the preferential option for the poor who animate our ministry".
On the occasion of this celebration, CADIS organized a conference at the General Curia of the Camillians on May 25, 2018, with the purpose of sharing its vision and mission in a context of historical continuity with respect to the call and the spirit of the fourth Camillian vote. The Camillian Disaster Service International Foundation (CADIS) is a non-profit humanitarian and development organization of the Order of Ministers of the Sick (Camillians). The Foundation supports the global mission of witnessing the mercy and compassion of Christ to the sick, who suffer, and to the most vulnerable populations. (AM/AP) (Agenzia Fides, 8/5/2018)