AMERICA/EL SALVADOR - "The cry of the poor and of the Earth calls us": towards the III Continental Congress of Theology 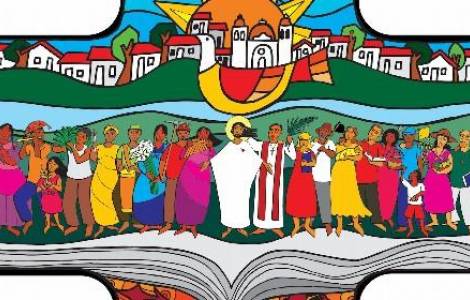 San Salvador (Agenzia Fides) - On Saturday 24 March, anniversary of the martyrdom of Archbishop Oscar Arnulfo Romero, the Amerindia network and the Master in Latin American Theology of the Central American University José Simeón Cañas (UCA), opened the enrollment to the III Continental Congress of theology, which will take place in the land of "San Romero", at the UCA, in San Salvador, from 30 August to 2 September 2018, entitled: "Los clamores de los pobres y de la Tierra nos interpelan. 50 años de la Conferencia de Medellín" ("The cry of the poor and of the Earth challenge us. 50 years after the Conference of Medellín").
As the organizers explain to Agenzia Fides, the main objective of the Congress will be to "commit oneself towards the cry of the poor and the earth in the light of the theological pastoral patrimony of the Second General Conference of the Latin American Bishops, held in Medellin, Colombia, in 1968".
The document of Medellín - as well as the Conferences of Puebla (1979), Santo Domingo (1992) and Aparecida (2007), which gave rise to the preferential option for the poor - was present in the contents and methodology adopted in previous Congresses, held every three years, in São Leopoldo (Brazil) in 2012 and in Belo Horizonte (Brazil) in 2015.
Pope Francis himself, during his apostolic visit to Colombia, from 6 to 10 September 2017, recalled the importance of returning to the "heritage" of Medellín: "it is much more convenient to turn them into memories of which anniversaries are celebrated (50 years of Medellín, 20 of Ecclesia in America, 10 of Aparecida!).
According to information Fides received, the director of the Master in Latin American Theology of the UCA, Martha Zechmeister, said: "evoking Medellín also leads us to celebrate the testimony and authority of the martyrs who lived the Gospel and the option towards the poor to its extreme consequences". The participants are expected to "analyze, from the problems and the hopes of the poor, the new socio-cultural political, ecclesial and theological contexts of Latin America and the Caribbean, in the face of the emerging paradigms and the cry of the Earth, considering the horizons open by ecumenism and inter-religious dialogue".
The Congress will be attended by more than 20 speakers, including Cardinal José Gregorio Rosa Chávez, as well as several theologians and pastoralists in charge of leading 14 conversations on specific topics that will try to offer alternative points of view in order to respond "to the cry of the poor and Earth". During the 4 days of work there will be conferences and panels, workshops, scientific communications, cultural and celebratory moments, as well as a pilgrimage to the places of martyrdom of those who gave their lives to extreme consequences, such as Archbishop Romero. (LG) (Agenzia Fides, 26/03/2018)