EUROPE/SPAIN - PMS Director of Morocco: "When there is friendship between Christians and Muslims, there is no fear" 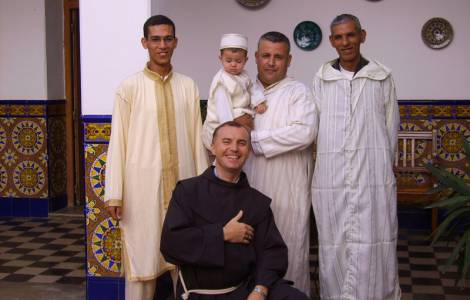 Madrid (Agenzia Fides) - "Simeon Czeslaw Stachera, Director of the Pontifical Mission Societies of Morocco and Vicar General of Tangier, is above all a missionary". This is how the Director of the PMS in Spain, Father Anastasio Gil, yesterday presented this Franciscan missionary of Polish origin who worked for many years in Bolivia. Today he is "Everybody’s Pastor" and not just the Pastor of a small Christian community of Morocco. Father Stachera affirmed that "when there is friendship between Christians and Muslims, there is no more fear, which is why the Church in Morocco knows that it cannot remain in churches, but go out to all, to the families, wherever it is possible to preserve and give dignity to human life".
As National Director of the Pontifical Mission Societies of Morocco, he also works with children: first of all with Christian minorities, in which it is necessary to work especially with children of foreign workers who spend a period of time in the country. Then in the education of Moroccan children and in the fight against poverty. In this regard, he highlighted the generosity of the Spanish Church, in terms of staff (there are 78 Spanish missionaries in the country) and of economic aid. The third area, from 5 or 6 years of age, concerns children of the most vulnerable migrants, in which vulnerable situations cover a wide range, from those who are abandoned to those who lose their parents.
The PMS Director of Morocco highlighted the Archbishop of Tangier’s personal involvement, who is also a Franciscan Spanish missionary, His Exc. Mgr. Santiago Agrelo. Father Stachera bluntly said that "everything regardingmigrants is ours".
The press conference organized by the PMS in Madrid for Holy Childhood Day in Spain, which will be celebrated next Sunday, January 22, ended with Father Gil’s speech who in detail talked about the contribution of the PMS to this African country, complaining that the only news that we have of Morocco is always that "fence that separates us", while "children living in Morocco are like those who live in our city". Father Gil finally pointed out that "on the other side of the fence, many children receive the help of Holy Childhood, even many Muslims, while we receive the witness of a life of faith that moves us, impels us to commit ourselves more". (CE) (Agenzia Fides, 19/01/2017)

AFRICA/CONGO - The Franciscans: a mission of proximity with street children