ASIA/SYRIA - Syrian Catholic Bishop: the declaration of the USA on the "genocide of Christians" is "an instrumental geopolitics operation" 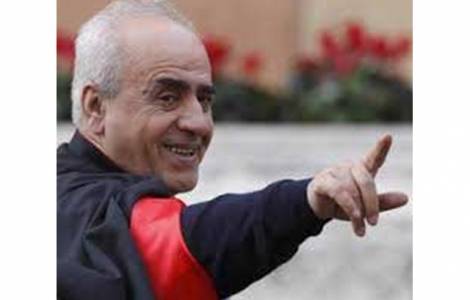 2020-07-29
The construction of a “Syrian copy” church of Hagia Sophia is being studied, with the support of Russian sectors

2020-06-17
The Maronite Archbishop of Aleppo: the new sanctions against Syrian people are a "diabolical act"

2020-03-21
The Jesuits: "Need to start a deep and sincere dialogue for the good of the Syrian people"

Hassaké (Agenzia Fides) - The path that led the US administration to recognizing the violence perpetrated by the Islamic State on Christians as "genocide", is "a geopolitical operation" that "exploits the category of genocide for their own interests". This is how Syrian Archbishop Jacques Behnan Hindo, at the head of the Syriac Catholic archieparchy in Hassaké-Nisibis, comments to Agenzia Fides the statements made yesterday by US Secretary of State John Kerry in response to the mobilization of groups and acronyms that have long urged US policy leadership to apply the definition of "genocide" to the various forms of brutality and oppression consumed by militants of the Islamic Caliphate on Christians and other minority groups.
"In my judgment", Kerry said yesterday, supporting the demands posed by a wide network of organizations and groups, "Daesh is responsible for genocide against groups in areas under its control, including Yezidis, Christians, and Shia Muslims. Daesh is genocidal by self-proclamation, by ideology, and by actions – in what it says, what it believes, and what it does".
According to Archbishop Hindo, who carries out his pastoral work in the most troubled areas of north-eastern Syria, "the proclamation of genocide is accomplished by pointing the spotlight on Daesh and censoring all the complicity and historical and political processes that led to the creation of the jihadist monster, since the war waged in Afghanistan against the Soviets by supporting armed Islamist groups. One wants to erase all the strange factors that led to the sudden and abnormal emergence of Daesh. While only until recently, there was even Turkish and Saudi pressure - US allied Countries - so that jihadists of al-Nusra Front would take their distance from al Qaida network, in order to be classified and maybe even helped by the West as 'moderate rebels ...' "
According to the Syrian Catholic Archbishop of Hassaké-Nisibis, the "genocide declaration against Christians" by the US Administration is also an attempt to recover, before the increased Russian prestige among the peoples of the Middle East: "the Russian intervention in Syria", said the Archbishop "has increased the authority of Moscow in a large sector of the Middle Eastern peoples, not only among Christians. Powerful circles in the US fear that, so now they play the card of protecting Christians. It seems we have gone back to the nineteenth century when the protection of the Christians in the Middle East was also an instrument of geopolitical operations to increase the influence in the region".
According to the Archbishop, interviewed by Agenzia Fides, it is also misleading to present Christians as exclusive or priority victims of the violence of Daesh: "Those fools" noted Mgr. Hindo "kill Shiites, Alawites and also all the Sunnis who do not submit to them. Christians represent a a minimum portion of the deaths of 200 thousand in the Syrian conflict. And I repeat, in some cases Christians are allowed to flee or to pay the fee of submission, while for non-Christians there is only death". (GV) (Agenzia Fides 18/03/2016).