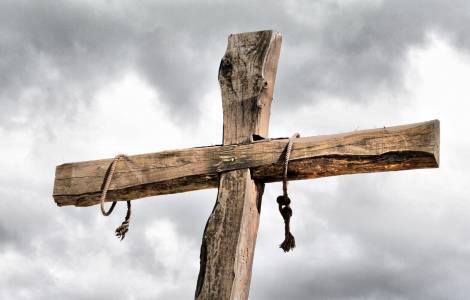 Vatican City (Agenzia Fides) - The wake of pastoral workers killed in this historic phase of humanity reveals an unprecedented upsurge. It seems to have no equal in the history, because it is an ongoing globalized persecution. Indeed Christians killed in this year, that our Agency regularly records, belong to 4 continents. America, already for seven consecutive years has the sad primacy with eight pastoral workers killed. Followed by Asia with seven, Africa with five and finally Europe with two priests in Spain.
These numbers are just the tip of the iceberg of global persecution of Christians that, as we read in the Letter to Diognetus, love all, and are persecuted by all. Isis, Boko Haram, discrimination in various countries where religion is an affair of State, make being a Christian difficult and heroic, subject to attacks and massacres. It is necessary that Christ is in agony until the end of the world, when there will be the Kingdom of justice and peace.
With this dossier and with the timely information of this persecution, our Agency aims to bring to light these dramas of humanity, in order to arouse the conscience of all people of good will to build a more just and supportive society. (Fr. Vito Del Prete, PIME)


Vatican City (Agenzia Fides) - According to information in our possession, during 2015, 22 pastoral care workers were killed worldwide, three more compared to 2013. For the seventh consecutive year, the place most affected, with an extremely elevated number of pastoral care workers killed is AMERICA.
From 2000 to 2015, 396 pastoral workers, including 5 Bishops were killed worldwide.

Once again the majority of the pastoral care workers in 2015 were killed in attempted robbery, and in some cases violently attacked, a sign of the climate of moral decline, economic and cultural poverty, which generates violence and disregard for human life. They all lived in these human and social contexts, administering the sacraments, helping the poor, taking care of orphans and drug addicts, following development projects or simply opening the door of their home to anyone. And some were murdered by the same people who they helped. "Yesterday, as today, the darkness of the denial of life appears. But shining still stronger is the light of love that overcomes hatred and inaugurates a new world" (Pope Francis, Angelus of 26 December 2015).

There is still much concern regarding the fate of other pastoral care workers kidnapped or have disappeared, of whom we have not had any news, such as the three Congolese Augustinian priests of the Assumption, kidnapped in the Democratic Republic of Congo in October 2012; the Italian Jesuit Fr. Paolo Dall'Oglio, abducted in Syria in 2013, or Franciscan Fr. Dhya Azziz, a priest in Syria of whom we have had no news since December 23. Other priests are still missing.

As further proof of the fact that the Church of Christ is "Catholic" for the blood shed by her children, and not just today, on all continents, we recall that in 2015 the diocesan phase of the cause of beatification of the Bishop of La Rioja, Argentina, Mgr. Enrique Angelelli began, who was assassinated in 1976 by the military dictatorship, whose culprits were sentenced only 38 years later.

Even in Rwanda a married couple of martyrs, Cyprien and Daphrose Rugamba, the cause of beatification was opened in Kigali.
When they were killed on April 7, 1994, during the genocide, they had opened the doors of their home to a hundred children who were orphaned and alone, who they did not want to abandon. They worked for peace and were killed while they were spending the night in prayer.

On May 23, in San Salvador, Archbishop Oscar Arnulfo Romero Galdámez, was killed "in odium fidei", and was beatified on March 24, 1980.
"Mgr. Romero was assassinated because he loved the poor, following the example of his Master, Jesus of Nazareth. He dedicated his life to them, giving up the comfortable solution to abandon the sheep and run away like mercenaries", wrote the Episcopal Conference of El Salvador in the message for the beatification.

"Martyrs of faith and charity, witnesses of hope" is how the three martyred missionaries in Peru were defined, the Polish Franciscans Miguel Tomaszek and Zbigniew Strzalkowski, and the Italian diocesan priest Alessandro Dordi, beatified in Chimbote, Peru, on December 5. They were killed in 1991 by guerrillas of the Shining Path, for their defense of Gospel values and for their work with the poor.

Even South Africa celebrated its first Blessed: Benedict Daswa, husband and father, passionate teacher and catechist, beatified on September 13. His great moral courage and his passion for the truth led him to oppose the beliefs and practices of witchcraft, and this courageous witness of faith led him to martyrdom in 1990.

VATICAN - "The value of martyrdom as an element of Christian life in El Salvador": towards the beatification of the missionary Cosma Spessotto